In Bwindi National Park there are 4 sectors Ruhija, Rushaga, Buhoma & Nkuringo and each sector offers a different difficulty level for tracking the Gorillas. Out of these, the easiest sector to track the Gorillas is the Buhoma sector.

The Gorilla tracking activity is completely handled by the park officials. You will be accompanied by the main guide, 2 rangers, and 2 armed military rangers, and a few other tourists. The total number of tourists in the group can be anywhere between 6-10. 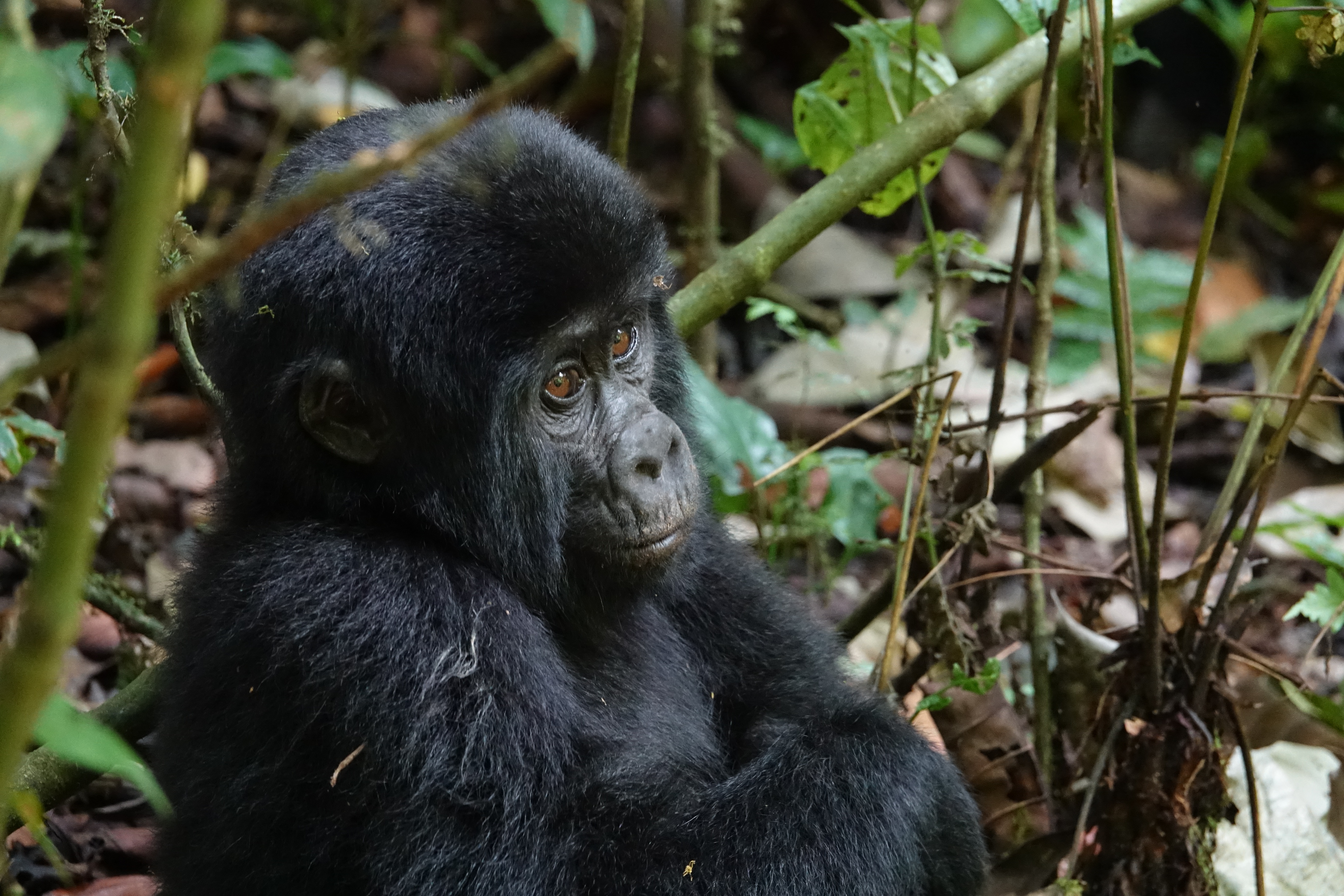 It is located in the northern part of the park. This sector is close to Kihihi airstrip which makes it accessible for those who would opt to use flight as a mode of transport. It is a 2hr drive from Kabale town which is a town close to the park and a 4hrs drive from Ishasha Sector, making it easily accessible to travellers who had Queen Elizabeth as part of their itinerary. Buhoma is well known because it harbors the first habituation family of the Gorilla called the Mubare making it a tourist destination. Out of the 4 sectors, it’s the easiest to trek and also convenient for older people. Some of the activities that could be done at the park include bird watching, nature walks, visiting and learning of the local communities such as the Batwa and Bakinga, and the waterfall trail.

Located in the southern part of the park. This sector has the highest number of habituated gorilla families. It is one of the sectors where habituation is currently taking place. It is easily accessible to travellers coming from Kigali through the Cyanika border in Kisoro which is approximately a 3hr drive. Apart from Gorilla trekking other activities done at the park include boat cruising at Lake Mutanda, bird watching, cultural experience of the Batwa community, and learning how gorilla habituation takes place.

It is situated in the southern region of the park. Nkuringo is home to 3 fully habituated gorilla families. The sector is well known for its views of Mount Nyiragongo and Mount Nyamuragira. One of the hardest sectors to trek in because of the terrain but has one of the best views. The sector has high altitudes. Other than that, the sector can easily be accessed from Kabale District which is 45km to Kisoro on a 3hr drive on the Kabale-Kisoro highway. Some of the activities carried out in this sector include nature walks, bird watching, and having to experience some of the cultures of the communities such as the Batwa and the Bakiga. Some of the animals found in this sector include forest elephants and baboons.

Situated on the Eastern part of the park. It is suitable for those travellers who have Queen Elizabeth National Park as part of their itineraries using the Ishasha sector. It is home to 4 habituated gorilla families. Out of the 4 sectors, it's one of the coldest. Other than gorillas the park also has elephants and monkeys. Some of the activities carried out in this sector include cycling/mountain biking, birding cultural encounters of the Batwa community, and nature walks.